A fire in your workplace must be detected quickly and a warning given so that people can escape safely. Early discovery and warning will increase the time available for escape and enable people to evacuate safely before the fire takes hold and blocks escape routes or makes escape difficult. The nature and extent of the fire detection and warning arrangements in your workplace will need to satisfy the requirements indicated by your risk assessment.

All workplaces should have arrangements for detecting fire. During working hours, fires are often detected through observation or smell, and for many workplaces automatic fire detection equipment may not be needed. However, you need to think about any parts of the workplace where a fire could start and spread undetected. This could be a storage area or a basement that is not visited on a regular basis, or a part of the workplace that has been temporarily vacated, for example at mealtimes. Fires that start and develop unnoticed can pose a serious danger to people in the workplace.

The usual method of protecting people in workplaces where fire could develop for some time before being discovered is to protect vital escape routes, particularly staircase routes, with fire-resisting construction which may include fire-resisting doors. Installing an effective, reliable automatic fire detection system, linked to an effective fire warning system, can sometimes allow people to reassess the degree of structural fire protection required on escape routes. This can provide a more cost-effective and convenient fire precaution. However, the whole subject of trade-offs between structural protection and other fire protection systems is a complex one and such decisions should only be made after consultation with your local fire authority.

In some workplaces, such as those providing sleeping accommodation or care facilities, automatic fire detection and a high degree of structural protection are essential in ensuring a satisfactory standard of fire safety. In small workplaces, it may be unnecessary to provide a sophisticated automatic fire detection system based on point-type fire detectors linked via control equipment to separate fire warning devices. In these cases, good quality, interlinked domestic smoke alarms (mains powered with battery back-up) could provide an automatic means of detecting fire. Each of these units contains a fire detector and a warning device and can operate independently or in conjunction with any other unit to which it is interlinked.

In other situations, for example where the only escape route from a room is through an outer room where a fire may start unnoticed, a single smoke alarm of the same type as described in the previous paragraph, positioned in the outer room, can provide an early warning and allow workers to escape before their route is cut off. Smoke alarms should conform with the requirements of British Standard 5446: Part 1. Such basic smoke alarms tend to be more sensitive than smoke detectors used in more sophisticated fire detection/alarm systems. You need to be aware of any potential problems unwanted fire signals may cause. In some cases, unwanted fire signals can be reduced by using optical smoke alarms rather than ionisation ones.

This simple but effective way of providing automatic fire detection could provide a cost-effective solution to difficult situations where early warning is vital in ensuring the safe evacuation of employees. However, smoke alarms designed for domestic use are usually manufactured to different standards from those for automatic fire detection systems. The resulting reliability may therefore be lower and such smoke alarms may not be appropriate for your workplace, depending on the processes involved.

Whichever type of system you use, the detector type chosen should be appropriate for the premises to be protected, for example, a heat detector may function better than a smoke detector in a fume-laden or dusty environment but may not be appropriate for the rest of the protected premises. Choosing the right type of detector will reduce the chances of it giving false fire signals. False alarms can cause costly interruptions to manufacturing processes and business activities. They also increase the risk to occupants if the fire brigade is responding to a false fire call and is not so readily available to tackle a real fire.

Before installing an automatic fire detection system or a series of interlinked smoke alarms, it is advisable to consult the fire authority about what you propose. This can help make sure the system is appropriate to the circumstances of the workplace and avoid unnecessary costs. Automatic fire detectors or smoke alarms do not remove the need to provide a means for people to manually raise a fire warning, and this will be essential in the majority of workplaces.

In workplaces that are only small buildings or small open areas, the means of raising the alarm may be simple. For instance, where all employees work near to each other, a shouted warning ‘Fire!’ by the person discovering the fire may be all that is needed. But you will need to be satisfied that the warning can be heard and understood throughout the workplace, including the toilets.

Where employees are dispersed more widely and it cannot be guaranteed that a shouted warning will be heard, a manually operated sounder (such as a rotary gong or handbell) or a simple manual call point, combined with a bell, battery and charger, may be suitable. However, you must ensure that any manually operated system is positioned so that it can be reached by the person discovering a fire and then operated for sufficient time to alert everyone in the workplace, without exposing the operator to danger.

In larger buildings, a suitable electrically operated fire warning system, with manual call points positioned both on exit routes and adjacent to final exits, should be installed. This should have sufficient sounders for the warning to be clearly heard throughout the workplace. The sound used as a fire warning should be distinct from other sounds in the workplace and, where background noise levels are high or an employee has a hearing impairment, it may also be necessary to install a visual alarm such as a distinctive flashing or rotating light.

In more complex buildings such as retail premises, where the evacuation system is based on staged or phased evacuation (see the ‘Means of escape in case of fire’ section), or where people are unfamiliar with the fire warning arrangements, you might consider installing a voice evacuation system. The system could form part of a public address system and could give both fire warning signals and verbal instructions in the event of fire.

In workplaces covering large areas, using a public address-based warning system for people inside, and a radio-telephone system or walkie-talkie for people outside, can be an effective way of supplementing a conventional fire warning system. This would allow clarification of the precise nature and location of the emergency, and instructions on the pre-determined action to be given.

If an automatic fire detection system and a manually operated electrical alarm system are installed in the same workplace, they should normally be incorporated into a single integral system. Voice evacuation systems should be similarly integrated to prevent confusion. Electrical fire detection and alarm systems should normally comply with British Standard 5839: Part 1, voice alarm systems should comply with British Standard 5839: Part 8. Although intended to cover domestic dwellings, British Standard 5839: Part 6 can offer useful information about systems which may be considered appropriate for use in some workplaces. Again, it is advisable to consult the fire authority about your proposals before installing a new fire warning system or altering an existing one.

The Health and Safety (Signs and Signals) Regulations 1996 require that, in a workplace, fire safety signs and signals requiring some form of power (mains-powered smoke alarms and other fire warning systems) must be provided with a guaranteed emergency supply in the event of a power cut. 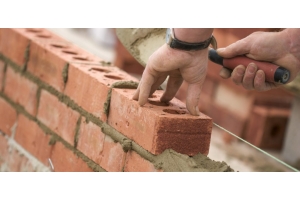 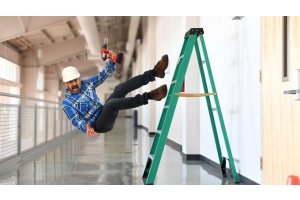 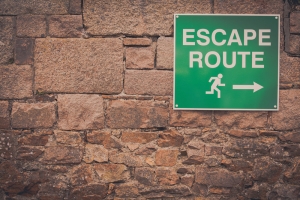 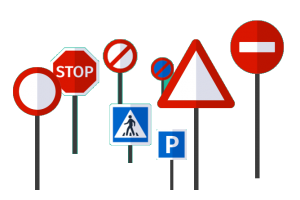